In MAXSURF Modeler, trimesh bonding has been simplified and it is now possible to select which trimeshes should be used to generate intersection lines with other trimeshes.

A feature providing a simplified way of generating 3- and 4-sided NURBS and trimesh surfaces from selected markers has been added.

The automation interface has been extended to include a wider range of trimesh functionality.

It is now possible to create parametric-based regular trimeshes from NURBS surfaces.

In MAXSURF Stability, we have added the updated STIX calculation described in ISO 12217:2-2021-07 4th Edition

(Note all previous webinars are available for you to enjoy)

In this release of MAXSURF there are several enhancements to the MAXSURF modules particularly relating to modeling with Trimeshes. These include: 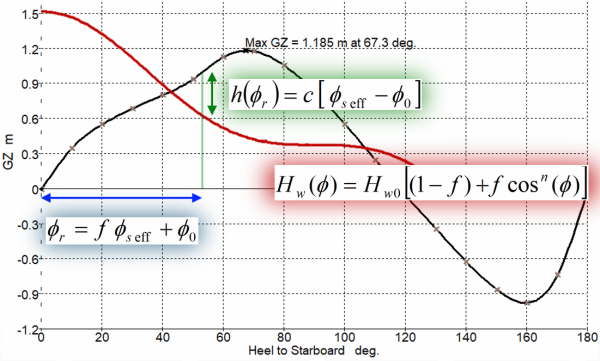 In 2020 we were booked to exhibit at SEAWORK in Southampton with SMI (June) and at SMM in Hamburg (September) again alongside ShipConstructor. However the COVID-19 situation has postponed plans until 2021..

Full details of the features added to MAXSURF in version 22.03.00.121 can be found in the MAXSURF Release Note.

A cumulative list of the main features to have been added to MAXSURF since Version 19 may be found here:

Throughout January 2020, BAIRD progressively revealed the winners of each of their MARITIME AWARDS which had MAXSURF users winning almost every category*:

In 2019 our stand at Europort in Rotterdam was busy with MAXSURF users and prospects from over 20 countries.

We were able to share the latest news, developments and releases about MAXSURF

We exhibited MAXSURF at SMM in Hamburg in September 2018. Thank you for helping to make it one of our most successful shows so far. Our neighbours were SSI showing Ship Constructor and opposite us was Cammell Laird of Birkenhead showing a model of their current build – Ro-Ro Ferry for Red Funnel modeled and analysed entirely in MAXSURF.

Many other satisfied users of MAXSURF visited us at SMM, including fellow exhibitors and trade visitors from almost 20 different countries. Plus the new prospects included naval architects from Asia, The middle East, China and Russia as well as throughout Europe

We exhibited MAXSURF on the new SMI stand at Seawork 2018 in Southampton.

We exhibited MAXSURF at EUROPORT in Rotterdam Nov 2017, with the Europort theme the same as MAXSURF’s! Ie Maximising Vessel Performance